The government urged to rethink its Coronavirus pandemic budget plans, as many employers expect they won’t return to their normal level of staffing by the end of the year.

Ireland faced its second major financial crisis in under a decade. The crisis caused by Coronavirus pandemic could leave a lot of businesses shattered and employees without jobs as a result of the coronavirus lockdown and the impact it had on the economy.

“While economic dislocation has been sudden, its full impact has not yet been felt and is likely to last for years,” stated Danny McCoy, chief executive of Ibec.

“Government must do whatever it takes to offset the significant economic shock of Covid-19,” the group stated. Ibec called for the State of Ireland to expand its primary deficit by one per cent for every percentage point by which the economy is expected to shrink.

The industry group suggested that the first step was to increase Government spending with new measures that amount to approximately €15bn in addition to the money already set aside.

The Government recently offered its support to businesses in order to ensure that as many as possible survive and are in a position to start investing and hiring again. However, Ibec noted the level of public supports to address the liquidity crisis in businesses was “far behind those in most other countries”.

“Further measures such as low or zero-cost loans, export credit insurance and extended state-guaranteed loans are urgently required,” it said.

The urges from Ibec came in the light of the Government announcing their plan for reopening the economy. The plan is expected to kick off on May 18 and running in phases for businesses where health risks are greater.

However, the opening of some economies in countries that seemingly had a relatively low rate of fatal outcomes at the beginning like South Korea and Germany was followed by a spike in infections that many dubbed the second wave of coronavirus.

The easing of restrictions in other countries did not help the economy to rapidly recover, as people kept avoiding public transport and crowded areas such as malls according to data from Austria and Denmark.

The worst-affected sectors in Ireland are food and accommodation services. There are currently 1.1 million people or roughly half the workforce unemployed or dependent on the State for their income.

Half of the businesses state they do not expect to return the levels of staffing before the pandemic by the end of the year. One in ten CEOs expect “substantial decreases in staffing levels”. 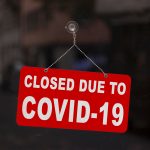